When I saw this item on a blog I was skeptical. I thought it had to be something cooked up as a hoax. 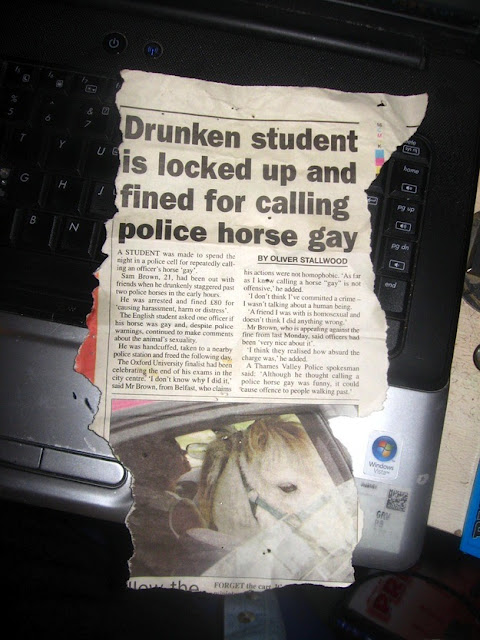 But upon further investigation, I found the story to be true. Really.
BBC News reported on January 12, 2006, there was a student who called a mounted policeman horse's "gay." The police charged Oxford student Sam Brown with Section 5 of the Public Order Act for making homophobic remarks. The BBC reported that prosectors told the Oxford Magistrates Court that it had chosen not to pursue the case because there was insufficient evidence that Mr. Brown had been disorderly.
So there you have it: In England, you can call a horse gay as long as you're polite about it.
Tweet